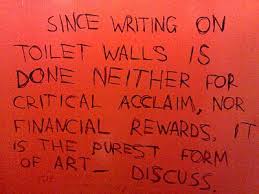 If you’re looking for proof – here it is. Score first. Concede a daft goal. Concede a late goal. Out of Europe. For the neutral it was a great game, end to end stuff. I’m not a neutral. Griffiths was probably Celtic’s worst player. He had a shocker – and yet he and his goals have carried us of late. You can look at that.

Compare Griffiths to Samaras. Both were poster boys for different Celtic managers. Griffiths with his work rate and Samaras with his long hair.  Lennon liked Samaras, but when Samaras was telling us he deserved a new contract and was a centre-forward, we had to look at the facts. Two goals as a centre-forward in a season tells its own story.  I like Ronnie, but perhaps he can explain how and why he doesn’t do something about Celtic conceding two goals in Europe almost every time they play. I joked before the game that Ajax would have a goal of a start. I didn’t count on two. Unlucky isn’t on the Celtic badge.

Positives. Well, for the money men the three Europa league ties have already been sold as part of a package. Going to Turkey and being home for Christmas doesn’t come into it. Wooly jumper time.

The Treble is still on. Yawn. Yawn.

Kieran Tierney’s story will run and run. Quite why he was taken off near the end of this game, I don’t know. 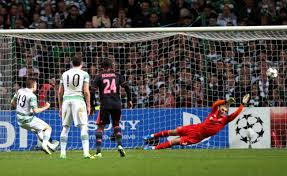 David Moyes was at the game last night and so was Rod Stewart, either of them could be the next Celtic manager to win the treble. That will be Dermot Desmond’s shout.

We’ll plod through the remainder of the season. League already won. Hope we don’t have a shocker against one of the diddy teams and get to the last game of the season in May, when this day will be forgotten, and it’ll be the Scottish Cup Final. Bag the league cup in the Spring, but it won’t put a spring in our step.

These capitulations in Europe cast a very long shadow. Ronnie, like Georgios, may talk a good game, but when we start counting and it’s money that counts, we may hear a different story. Not lost glory, but around £30 million. Kerching!