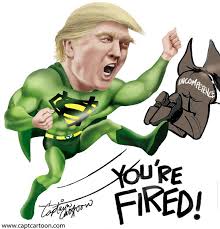 It takes a war, a Great War, a Second World War to teach us values. It’s crude but effective. Thatcher before the Falkland’s War, behind in the polls, goes on to win in a landslide. The problem with the dead is they don’t stay dead. The Somme, six-million Jews, Hiroshima, Nagasaki. The dead stay frozen, when homes fit for heroes remain unmade, and resurface minutes, hours, days, years, decades later as a soundbite to be counted off, or a source of information. Then we’ve done our duty and forget them. In today’s world it’s difficult to imagine the publication of the Beveridge Report being a bestseller at home and with our servicemen abroad coming home to vote in a Labour and Attlee government.  Labour’s finished. We’d hope for the future then. We can denigrate the dead –six million Jews didn’t die, they stayed in Butlin’s holiday camps and were allowed out to eat ice-cream but never came back – and say an action, a genocide, never happened. Information does not add up. Bullshit. False new. Lies. Propaganda.

The moron’s moron that avoided the draft to Vietnam because he was rich and white, not because it was right, has blundered from one thing to another in a long list of photo opportunities in which he plays the leading man.  Prime Ministers such as Teresa May are dragged onstage and made to smile and dance to his tune. His latest ruse was to sack the director of the FBI, James Comey and explain why it was necessary tweet by tweet in which the narrative changed. You’re fired is not a reality TV show, but real life at the White House.  He’s tried to govern by executive order and found his path blocked. On the international stage he’s come up Trump with the Mother of All Bombs. That’s a flexing of muscles. I imagine him as  the kind of crazy rear-hatch gunner role in a Chinook that plans to kill all gooks, especially those North Korean bastards, while everybody in the KKK tells him what a great guy he is. Reality bites. He has the nuclear capacity to end all life in his locker. The moron’s moron is dumb enough because he doesn’t believe in science, doesn’t believe in certainty, it never ends badly in the movies and he did want to become an actor.

When you surround yourself with right-wing hawks everyone else begins to look like carrier pigeons. Fresh meat. The moron’s moron is blocking the future. I’m worried. And I’m not the only one.

I was reading an interview with Tony Kushner (Angels in America) and all those scribbles in my notebook made sense.

‘What do I have to complain about? There’s no possibility of living anywhere other than on a knife edge of terror when Donald Trump is president. Every sentient being has to be widely alarmed’.