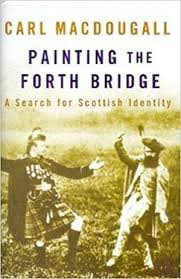 I’m sure I’ve got a Scottish identity. You might have one too.  I wasn’t looking for mine, but here it is. We’re all Jock Tamson’s bairns.  It doesn’t lie in that ear squeal we hear on every channel when counting down to New Year. Or the cheuctering twirling plaid and stripping the willow. Or the Scottish and Rye of The Still Game. These to me are fanny water.

Listen instead to Anton Chekhov in A Dreary Story which sounds to me very Scottish, and not just a remark about the weather, he offered the observation ‘Tell me what you want, and I will tell you who you are’.

Funnily enough as Roman Catholic of quasi-Irish parentage I want much the same as the individual described by Edwin Muir ‘as the most important figure in Scottish history’.  I want the same as John Knox. ‘I want a school in every parish, a college in every town and a university in every city…and regular, organised provision for the poor.’ In other words, I want to be Norwegian.

The only thing that seems to unite Scots is summed up by Sorley MacLean in the fact we’re not English. We’re not a Braveheart nation, but we are a nation. The future in not in the cheviot, the stag or the black, black oil, even although more of the black stuff has been found in the North Sea. Fossil fuels are the past. The future is green. Scotland can be one of the greenest nations in the world. Let us adapt to it together and stop listening to rich men’s lies. And in the words of Norman MacCaig let Scotland and its people be like its ballads and poetry of the people and for the people:

All of them different –

Just as a stoned crow

It had never thought of before

No wonder now he sometimes

Before continuing his effortless level flight

So high over the heads of people

Their stones can’t reach him.