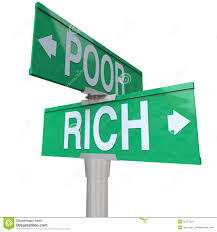 Imagine someone handed you thirteen billion Euros, approximately £11 000 000 000, as the European Commission tried to do, claiming that Apple had acted illegally in Ireland and paid an effective Corporate tax rate of 50 Euros for every 1 000 000 Euros they took out of the country. In a deal known as the Double Irish, Apple claimed they did not take any money out of the country, but simply moved it between different offices with no staff and an online address of undertherainbow.com. This was perfectly legal they claimed as little people had been doing it for years. And with sleight of hand they pointed to the thousands of jobs they created, mainly in Cork, but not made of cork, but making things that people think they need, but really don’t.  You think that would be the end of it. Picking on the richest company in the world, just because you can isn’t really fair. Then there’s the Apple threat. The blight of those 6 000 jobs. They want to protect the little people too.

Well, some simple arithmetic here. Take the thirteen billion Euros and give it to the imaginary 6000 worker and then ask them what they’d rather have, their share in the Apple jackpot or a job, sometimes for the lucky punter, paying above the minimum wage?

In the real world of, course, that’s not the way it works. The Irish Government spokesman, finance minister, Michael Noonan, said he would appeal against the EEC’s ruling, because they were protecting the real interests of the little people, and begorrah, if multinationals wanted to create fake jobs with real money then Ireland was just the place to do it. Sure, didn’t they invent Guinness, which nobody likes but everybody drinks and claims is the greatest thing since Jesus walked on water.