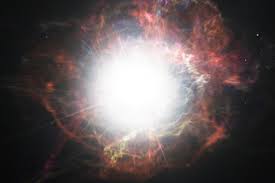 Twentieth-century physics has given us two lodestars: general relativity and quantum mechanics. Some of the fruits of these are the study of cosmology, astrophysics and at more microscopic level, gravitational waves and black holes. Yet the two theories cannot both be correct, because they are, in essence, contradictory. The paradox is both also work in their domains remarkably well. Einstein’s Theory of All Things was a search for that something missing that would square the circle.

Rovelli suggests there is nothing new in this eclecticism. He gives example of Newton discovering gravity by combining Galileo’s parabolas with the ellipses of Kepler. Maxwell found the equations of electromagnetism by combining theories about electricity and magnetism.  Einstein discovery of relativity was a way of resolving the contradictions between electromagnetism and mechanics.  Rovelli is suggesting a progression, standing on the shoulders of giants and seeing anew. Theoretical physics does not stand still.

Modern physicists are he suggests currently working on a hypothesis that partially solves The Thoery of All Things and Rovelli calls this research ‘loop quantum gravity’. But he suggests, if correct, we will have to also reconsider how we see the world. Space is no longer space, but a granular substance made of a type of quanta, a billion billion times smaller than the smallest atomic nuclei. A continuous loop, like chainmail, that undulates and flows. Again, I think, we go back to the medieval notion of ether or aether, a very rarefied and highly elastic substance thought to permeate through all of space and between the interstices of matter. The medium and the message. Space is nowhere and everywhere.

Time no longer flows but is contained in granular space. Subject and object. Here and now vanish. Space and time are illusions, like the picture of a X-man standing on the flat earth with the sky above him. Because he cannot see or feel the wave of space and time he is not sure it exists, but he is part of the granular structure of space/time.  The relationship between quantum events are the source of time and space.

Where’s the evidence for this?

Rovelli suggests the study of black holes may offer some clues. If the theory of the loop of quantum gravity is correct, matter in stars collapsing into a black hole cannot have collapsed into an infinitesimal point, because only finite quanta of space exist. Their working hypothesis is inside a black hole the sun’s matter would continue to collapse until it no longer could. Theoretical physicists have called this imploding star a Planck star. They have suggested the entire matter of the sun would be condensed into the size of an atom. But it would not be stable. In fact it would be highly reactive. But because these conditions are so extreme and take place over such long periods of time it would seem to the observer as if there is stasis and nothing is happening. Neither of which is possible in classical physics and improbably in quantum physics.

It’s not a large jump to suggest, and search for evidence, that prior to the ‘Big Bang’ there was a ‘Big Bounce’ and that our universe was created from a preceding universe contracting and expanding under its own weight. Fiction or friction?  Before you were, I am.