Al Gore, of course, won the 2000-1 election, but an unfamiliar word entered the lexicon – chad. An appeal to the Supreme Court called for a recount of the votes in Florida.

Palast shows that following the 2000-1 Presidential election stories of African American voters being targeted, racial profiling, that excluded voters from the electoral roll weren’t fake news, but fact. He had a copy of two CD-Rom disks from the office computer of Katherine Harris, Florida Secretary of State. 57 700 potential Democrat voters named as felons. Purged from electoral roll in the run up to the election. 90.2% innocent of any crime.  Governor of Florida, Jeb Bush spent almost the entire Republican budget on a computer hunt for black voters. What Governor Jeb Bush did was illegal. He later ran against Trump for leadership of the Republican Party. I guess he’ll be back for another try.

My favourite quote here was Trump telling Rupert Murdoch he was running for the Presidency and Rupert Murdoch telling him, ‘no, you’re not’. That’s power Without the backing of the Murdoch corporation and Fox News, of course, there’d be no President Trump.

Ironically, former Governor of Florida, George W. Bush had a prior drink-driving conviction (misdemeanour) therefore he shouldn’t have been allowed to vote, for himself, or anybody else. That purge would have added or subtracted one vote to the 500-600 chads he won the election (minus the 57 700 he’d have lost by).

We all know how the moron’s moron did it. What he did was not illegal. Mark Zuckerberg and Facebook  took what was for him chump change,  most of the Republican candidate’s budget of around $44 million, and matched it with expertise. With Russian bot farms churning out memes and disinformation, Trump rode a wave of discontent all the way to the Whitehouse by winning the Electoral College, but not the popular vote. Hillary Clinton won more votes but lost the election.

Florida signed a $4 million contract with DBT Online merged with ChoicePoint of Atlanta to purge voters. Cambridge Analytica https://en.wikipedia.org/wiki/Cambridge also involved in the Brexit debate tried to keep their methods secret, claiming it was private and commercial information, but were outed by Guardian journalists.

Nothing new from the Trump handbook, with Mark Zuckerberg again handling Trump’s funds for re-election.

Nobody much is interested in Box 13, or that old stuff called history. The guys in the photograph LBJ showed a hostile reporter are Texans that stole enough votes and stuffed them into Box 13 so that LBJ could become a Senator in the 1948 race. A race Mr Integrity Coke Stevenson won. He was diddled. LBJ became Senator and, his gamble he’d be a heartbeat away from the top job of President paid off when President John F. Kennedy was killed in Texas.

That’s the traditional way of doing things in American politics. Kamala Harris will be the first female President.

Robert A.Caro’s advice was turn every page and do the maths. Four years ago I thought Trump could win. I no longer think that now. ‘Power corrupts’ argues Caro, ‘but it also reveals’. What it has revealed about Trump is an unclean spirit channelling hate for his own gain. Or in other words of psychobabble: a psychopathic narcissistic personality with low intelligence.

Trump is not leading the dis-United States to disorder and disaster. Any politician can do that from Ronald Reagan to George W. Bush. Trump is the disaster. The risk of Armageddon is lessened with him gone.  Everything Trump touches turns to shit is the closest thing to the truth I’ve heard about the 45th President. We can sleep in our beds more soundly with him gone. That’s a starting point. Not a finishing point. Go Joe Biden. Go. There can be no neutrals in the American election of the 46th President. Mankind depends on it.

Lehman Brothers was one of the first dominoes to fall in the 2008 crash which brought down the world’s financial systems. Debts for Lehman Brothers were around $630 billion. Take a little time to think about that. It’s like the idea of infinity. Your mind shies away from how much money that is. Physicists like to simplify things. If your typical hospital, such as the one in Glasgow or Edinburgh cost £100 million, how many hospitals could you build? Boris Johnson proposes 26 new hospital, but he wasn’t very good at sums, someone quietly mentioned that he really meant six, which doesn’t have the same oomph, but he did throw in 20 000 new police officers in a great big tax giveaway before the next election.  Think of the Laurel and Hardy of British politics, Cameron and Osborne, forever telling us there was no money, while quietly shifting money from the poor to the rich. The United Kingdom and London, in particular, the money-laundering capital of the world.  Lehman Brothers isn’t the rogue bank, the cautionary tale that taught us a valuable lesson. As the billions of pounds and dollars levelled in fines show, all the banks were at it. Lehman brothers were offered up to the gods of finance because they were small enough to go under.

Winners and losers. Richard S. Fuld Jr, who was essentially Lehman Brothers, in all but corporate name and whose pitiful salary in 2007 was around $22 million and after appearing before a Congressional Committee and declaring it was a bull market and it ‘wasn’t me’. A common cry from uncommonly wealthy men.  Fuld walks away with $406 million in bonuses and is exonerated.

The sheriff’s department in finance, The Security and Exchange Commission, (SEC) which is meant to step in when financial irregularities occur, in theory, self regulates. What that means in practice is a representative from Morgan Stanley, for example, investigates Lehmann Brothers. Whistle blower at executive level, Matthew Lee, for example, informed the SEC that Lehmann Brothers were running a carousel in which they took around $50 billion off the audited books in America and sent them to Lehmann Brothers in London, then brought the money back, after the audit had taken place, to hide the subprime losses they were making. Trading followed a very basic principle if it wasn’t illegal, do it. If it was illegal still do it, as long as you make money, but don’t get caught. Lee had handed the SEC a smoking gun in a file called ‘Repo 105’.

After six months the SEC hadn’t got back to Matthew Lee but he had been fired by Lehman Brothers.

Self-regulation of the SEC was, in essence, like sending Harvey Weinstein to investigate Jeffrey Epstein.

In 2018, the moron’s moron, Vietnam dodger, multiple bankrupt and other well-known sex pest, who also happens to be President of the United States, repealed the Dodd-Frank Wall Street Reform and Consumer Protection Act, which was set up after the financial crash 2008. Like the Glass-Steagall legislation it was seen as being overly bureaucratic, making the United States less competitive than its counterparts. In other words, let’s fill our boots again and don’t worry about consequences because little people don’t count.

Not only are banks and regulatory bodies for sale, as we’ve seen the position of President of the United States is too. Gearing up for the next election, Mark Zuckerberg, who did so much to get Trump elected has changed Facebook policy to allow politicians to publish alternative truth, ‘deceptive, false, or misleading content’.

Donald Trump was of course elected to ‘drain the swamp’. In 2017 there’s another bull market and bonuses once again reach 2007 level, running around $30 billion for traders. Algorithmic trading follow the crowd meaning a Lehman type crash will happen faster with greater fallout. 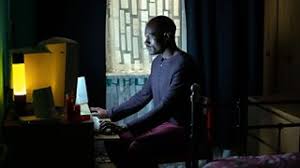 I’m a big fan of Storyville and BBC 4, in general. That tells you a lot about the type of person I am. Big data companies like Google, Facebook, Twitter (Amazon and Apple) mine data points for personal information the same way Archimedes used mathematics and mechanics (Give me a lever long enough and a fulcrum on which to place it, and I shall move the world) not only to tell us who we are, but what we are, or think we are. This is the shit end of the spoon, or fulcrum.

Whenever one of these tech gods deigns to appear before some select committee in Washington or London— Mark Zuckerberg refusing to appear before Members of Parliament for a third time at the end of March 2018—then they or their minions offer up a salve, they’re doing everything they can to clear up the internet, they’re not publishers, but providers. They take no responsibility, but because they’re good guys they’re going to help us create a brave new world by wiping clean the slates we leave behind.

Here’s the mechanics of it, our digital trace. Zero or One, remove or retain. Epsilon is the lowest caste in Brave New World and they live in Manila. Facebook, Twitter and Google, don’t employ them directly. Alpha tech in California hands that job to Betas, who delegate to Gammas and Deltas, all who take a cut and the poorest paid are those that labour in booths, looking at screens in our digital age. These are our smoking beagles forced to test the safest of cigarettes, that don’t really give you lung cancer.

For every worldwide scandal on the net the number of Epsilons increase, a knee-jerk reaction, until we look the other way. Forget about them. We don’t count them, or look at the ways tech companies like to hide their dirty washing.  They clean the internet for us in the same way the untouchables in India clean away the shit of the highest caste.

What do they do?

Classify terrorism according to the latest diktats from corporate heads, based on cash.

‘Algorithms can’t do what we do,’ a cleaner explains. Three strikes and the cleaner is out, sacked, offscreen.