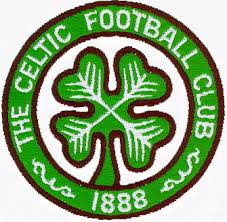 Most Celtic supporters I’ve talked to would be happy with another domestic treble, perhaps with a European Cup thrown in for good measure. In Lennie we trust (well kinda).

Lennon got us over the line last year, winning the Scottish Cup  and the treble. There was a minimum and maximum as there is this year. I’d guess the minimum is a domestic double, Scottish League and one other trophy. In terms of Europe, qualification for the group stage of the Europa League.

The Europa League is a bit boring. We really want Champions League nights. Money and prestige are stitched together here. If Lenny gets Celtic through four qualifiers and into the Champions League group stages then he’s half way to being able to say job done. Then we can start kidding ourselves that other teams hate coming to Parkhead. The truth is the bigger teams love playing in a packed-out stadium where they always win. Yes, I do remember Tony Watt’s goal against Barcelona, loved every second of it, but freak results do happen. That’s why domestically Celtic are unlikely to win the treble again this year. They are the best team in Scotland, but an off day and we’re out of the cup.

Qualifying for Europe also means the squad is stretched and we’ve more games to play. After Rodger’s first season we began to regularly look vulnerable and drop points to teams like Kilmarnock and Hearts.

Strangely, despite Celtic’s treble-treble Rangers’ fans believe again. Their optimism is based on Celtic not spending and taking  two steps backwards in the last two seasons and Rangers finally going four or five games unbeaten. Rangers can win the league this year, but only if Celtic go into meltdown.

Celtic’s biggest buy of the season and long overdue is a centre-half in Christopher Julien. I’ve not seen him, but sometimes you just get that feeling…Kris Ayer will probably play alongside him in the centre of defence. Both are six-foot five, both are good with the ball at their feet. Both are called Chris. If they play to their potential Celtic will continue to monitor all players called Chris/Kris and try and integrate them into the Celtic family for Christmas.

I guess Jozo Simunovic will be the odd man out. He’d a great end of season, scoring that goal in the 67th minute and honouring Billy McNeil while wearing number 5. He looked like a half-decent defender at Parkhead, which must give Jack Hendry hope.

Lustig also had a fine end to the season and his Celtic career, but any winger with pace gave him a chasing, so it was thanks and no thanks. Anthony Ralston, for the moment, holds the jersey. Ironically, it was the young right back for Hearts in the last game of the season and in the Scottish Cup Final, a former Celtic graduate, who showed Ralston how it should be done.  I guess Celtic need to strengthen here. The Heart’s boy would be worth a punt, but we’ll go for the tried and tested, although I’m not sure who.

Arsenal and Napoli are interested in Kieran Tierney. He’s injured. He’s been injured quite a lot recently. The selling price is allegedly £25 million. I’d like to see Tierney stay. He’s a Celtic man and the best left back since Anton Rogan of Lisburn Distillery, but that might have been taking things a bit too far. Kieran Tierney is one of us, a fan, blessed with ability. Stay.

Johnny Hayes has been filling in at left back. I like Hayes, he’s street-smart, but never Celtic class (see Anton Rogan) and neither is he good enough to play as an out and out winger.

With Tierney out in the short, and perhaps longer term, Celtic have brought in a replacement. Under Rodgers it tended to be of the loan-deal variety. We paid more than £3 million for  Boli Bolingoli-Mbombo. He talks a good game. Telling us he has pace and…we’ll wait and see, but if Tierney stays, he’s our improved model of Emilio Izaguirre (good luck to the Honduran, but never a good idea to bring an old player back, hopefully the same thing doesn’t apply to an old manager).

In midfield we were always stacked with riches. Let’s start with the one that wants away. Olivier Ntcham had a few good games. He had a few bad games. You’ve got to laugh when he comes out with the excuse Scottish football is holding him back excuse. It never held back Henrik Larsson or  Harald Brattbakk or Virgil van Dijk. Two of these went on to lift the European Cup. Nitcham looks more of a Harald with every word that comes out of his mouth. He’s decided to go. Celtic want to sell. We’re waiting, but we’ll drop the price until someone takes him.

Remember Eboue Kouassi? He’s still there. He might do a Ryan Christie, you never know. Nah, he willnae. But wishful thinking is allowed.

Lewis Morgan is of that ilk. He went to Sunderland on loan and came back. We’ll probably send him out again somewhere. Special pre-seaon offer, three-for-one deal with Kouassi and Jack Henry.   Not bad players. Just not good enough for Celtic.

Scott Sinclair is on the final year of his contract. Anybody comes in, he can go. He’ll spend a lot of time on the bench if he doesn’t. He’ll be the type of player we bring on in the 85th minute hoping he can reproduce some of his penalty-box poacher- magic of his first two seasons.

Daniel Arzani lasted five minutes at Celtic, before getting injured. He’s got a chance, but only if young Karamoko Dembele  is thought too young for the first team.

Maryan Shved is a winger that excited Celtic fans, without playing a game for us. It was all highlights from abroad. Need to wait and see. Here’s hoping.

I’ve not mentioned James Forrest, the Celtic winger, who Lennon played through the middle in friendlies. Lennon brought Forrest into the team when he was here the last time. He used to talk him up and we’d be watching the same game and thinking…Whit? Lennon had a good season. Rodgers loved him. Lennon does too. He’ll play all the big games and most of the little ones. It’s going to be a big season for James Forrest.

Mikey Johnstone looks to be a Forrest stand in. Johnstone has plenty of trickery. He scores goals. He’s a Celt, here’s hoping he follows the Forrest pathway.

Nobody played more games for club and country than Callum McGregor. If Forrest was Lennon’s love child, McGregor was Rodger’s. He played in almost every position for Rodgers apart from striker and goalie. I’m sure Rodgers would have handed him the gloves. There’s talk of a £20 million bid from the Leicester manager. That’s a wait and see.

Tom Rogic is another wait and see project. He didn’t look out of place when we played Manchester City in the Champions League under Rodgers. As good as anyone. But prone to injuries. Scores goals in big games, but in the Scottish Cup final (I can’t even remember if he played) and games against Rangers, in fact, most of last season, a wash out.  If clubs are offering £9 million or £10 million, I’d be very tempted to take it and bring back Paddy McCourt.

Ryan Christie wrote the script of the forgotten man biding his time. After losing out on John McGinn we were dreadful against a long-ball Hearts team at Tynecastle. Christie came on and scored and turned the game around. He was a goal-a-game man afterwards. Automatic first pick. His energy was of the Stuart Armstrong variety, but he had a better touch, better end product, a better player. But then that dreadful injury. He’s back but what Ryan Christie will emerge?

Luca Connell was coveted by other teams. Here’s hoping Lennie knew of him from his Bolton days. He’s young, which is always good. Is he ready for the first team?

Odsonne Edouard is our main striker. He missed a penalty in our last friendly in Switzerland against Gallen. Nobody cares about that, as long as he scores goals. He can be deceptively brilliant or just deceptive. He’s scored in big games, at crucial times in a match. He won us the league and Scottish Cup, but he doesn’t score enough. Maybe this season?

Leigh Griffiths is back. That’s fucking magic. Remember Griffiths once scored 40 plus goals in one season. He is a striker. No messing. There is a fair chance Lennon will play two strikers in games. Griffiths will get his chance. It’s really up to him. Here’s hoping.

I’d high hopes for the Ivorian international Vakoun Issouf Bayo. His strength is in the air. Lennon knows more than most, when pressed, as we were at Ibrox, a big target man gives you the route out of your half and adds goals. Recently, he’s been injured. That’s been a pattern. We don’t need any more projects. We don’t need another Kouassi. We need Bayo to force his way into the team in the same way Christie did, by scoring goals.

Are we stronger than last year? Yeh, we’ve been crying out for a decent centre-half for the last four years. One man doesn’t make a team, but it’s a start. We need a right-back, pronto. Perhaps Bayo won’t be good enough, then we need another striker. We might need a back-up centre-half for the back-up centre-half. If we sell Rogic or McGregor, we need another midfielder. The joker we have in the pack is Dembele. He looks a player. This might be his season. We’re in Sarajevo, let’s hope we can win and make the second leg a formality.