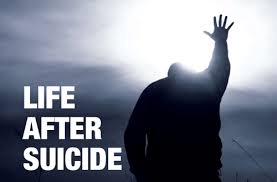 In response to The Daily Post’s writing prompt: “A House Divided.”

Angela Samarta’s husband Mark committed suicide. Childhood sweethearts, fifth and sixth formers at the same school, she had a child at eighteen and another boy ten years later at twenty-eight. They had a temporary separation which became permanent. She wonders if she ever knew Mark. Here she comes to terms with it.

Suicide is the most common cause of death of men below fifty. We look for commonalities among those that have committed suicide by asking those who have attempted suicide. Samarta visits the University of Glasgow. The grounds are very nice. It’s a spring day. She comments on the Gothic architecture, which is suitably magnificent.  Professor O’Connor tells her he has a close friend that committed suicide and he somehow felt responsible. I’ll paraphrase. A narrowing of world view is common. A general feeling that the world would not miss them, that in many ways it would be better off without them. A world of silence. The whys of life, becomes a loop of how can I end it?

Suicide is a personal failing that we fail to understand. Certainly for the Ebdon family, a mother commits suicide and leaves five young girls under ten it can seem an extremely selfish act. The aptly named Jackie Payne lost a husband to suicide and twenty years later her son also killed himself.

The camera visits North London. Maytree is a place where people that are thinking of killing themselves can go—to find time out. Run by two former Samaritans, one who admitted to have tried to kill herself, she seemed sincere, honest, and all the good things you’d like to imagine would be there for you.

Let’s take a step away from the camera. Maytree is one house, hardly a public resource. It’s in London. Probable cost two million for the property. Add on wages, (low estimate) twenty thousand per counsellor. Sticking plaster. Not even that.

Programmes like this are personal dramas of love and redemption for the photogenic.  I’ve nothing but admiration for those taking part. But closer to home I’d be looking not at the individuals and the handwringing deficiency theory of if only I’d have known I’d have done something. Quite simply the resources aren’t there. There are no places of safety. Nowhere to go.

Suicide is often a rational choice. Durkheim, at the end of the nineteen century, located it in the breakdown of social and religious ties and in a collective anomie. I’d put is another way. When rampant individualism becomes the orthodoxy more people commit suicide because they are increasingly devalued, seen as worthless and regard themselves as worthless. Look at the suicide statistics for those that have failed the ‘Atos test’. Suicide is often a collective failure. Closer to home the question needs to be asked, what circumstances would drive you to suicide?

Would I commit suicide? Yes. Am I suicidal? No.