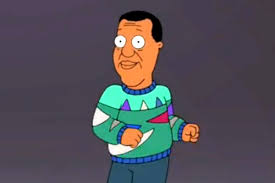 Today, 5th June 2017, Bill Cosby faces four charges of first-degree aggravated sexual assault against Andrea Constand. A possible ten-year prison sentence hangs in the balance. He has pled not guilty. In many ways this is the reverse of the OJ Simpson trial. When Constand made the allegations against Cosby that he had drugged and sexually assaulted her in summer 2004, the Hollywood star was not prosecuted, but an action was taken through the civil courts and an agreement was reached. What that agreement was and the damages paid was incommunicado, the silencing of the witness by giving them money, as compensation, with a legal provision that they keep stuhm.  It’s a rich man’s injustice. And Cosby was rich and so famous he wasn’t even regarded as black. From the 1960s onwards his success as a comedian, actor, writer and producer of the The Cosby Show, which ran for eight series and some shows were watched by over fifty-percent of the telly-watching population made him and the characters he created, paediatrician, family man and all-round good guy, Cliff Huxable, the face of television and America’s dad.

You here that quite a lot. Lili Bernard, for example, told how he mentored her, took her onto the set of The Cosby Show and offered to give her a part. After about a year of mentoring he took her to Trump’s Taj Mahal hotel ostensibly to meet a producer. In the suite he’d leased, he force fed her Quaaludes, but she trusted him, thought it best to go along with his wishes, so she drank them down, but even as he was raping her, there was a disconnect, because Bernard couldn’t believe a person she thought of a dad, was raping her. Cosby warned her not to speak out.  ‘You’re nothing,’ he said.

Cosby was always something. I’d never heard of OJ Simpson, but I could place Cosby. I watched bits of his shows.  I guess like many others, I conflated the character Huxtable with Cosby. If the character was called Bill Cosby and this was his family I don’t think many people would have complained or noticed. Cosby did have a black wife and five kids.

He was also a serial rapist. Let’s use the tip-of-the-iceberg argument. Thirteen women testified to attorney Gloria Alred that Cosby had drugged them, raped them and then threatened them afterwards not to tell anyone because they were nothing. Victoria Valentino a former Playboy bunny tells us how Cosby at the end of the nineteen-sixties, promised her and a friend he’d an eye for, an audition in a forthcoming show, but asked them to take pills that would make them feel better, which they did, but felt nauseous. He took them for a ride in his limousine into the hills and orally and vaginally raped her. He left her and her friend in the hills and told them to ‘call a cab’. She didn’t report it, because of whom he was and who she was, but even when she did, nobody seemed to want to listen.

It takes a lot to knock an icon from a pedestal. Ironically, it was a joke, Hannibal Buress, calling Cosby a rapist, which did the job. It was filmed; one black man calling another black comedian a rapist and it exploded on social media sites, being picked up by mainstream media. A statute of limitations meant that victims such as Valentino would not have their day in court, but they can be called as witnesses and it won’t be for the defence. Cosby is guilty as OJ was guilty, but he didn’t kill anybody, but both black men will join the largest concentration of citizens in the world that are serving time in prison, the majority of whom are also black. There’s justice and there’s justice. We’ll wait and see if that other serial groper and potential rapist the moron’s moron who is president is, in the years to come, charged with sexual assault. That would be an even bigger trial and I’m sure more viewers would watch that than The Cosby Show.   Perhaps we’ll finally see the footage Putin has of Trump and the prostitutes he’d hired. That would be a show-stopper that could go nuclear.