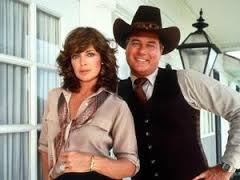 The rich are getting richer and the poor are getting poorer. The evidence is meticulously laid out here. Piketty is saying quite simply, prove me wrong. He asks for transparency of sources and is quite willing to give it for his own work. He is also saying that this trend which can be traced to the laissez-faire policies of Thatcher and Reaganites, in particular, have led to an increasing concentration of wealth that undermines any idea of meritocracy or indeed democracy in the modern state. Quite simply if world-wide economic growth continues to slow as it is already doing and wealth continues to flow from the many to the few then ceteris paribus the aristocracy of the wealthy are set to surpass those titled heads of eighteenth and nineteen centuries. In plain language, money gives birth to money, but there are no bastards other than the bastards that own it. That one-percent will own mostly everything. Economies of scale. Size matters. Large fortunes garner a higher rate of return.  Nine-percent will own something. Ninety-percent will live in constant deficit and won’t be able to pay for their funeral when they die. Welcome to the Twenty-First Century Belle Époque.

Capital is not a stationary object, a fixed sum, but in its purest form liquidity that always flows through time in a particular direction towards a rentier class. One man’s deficit is another man’s surplus. Or it should be. Piketty noted a strange phenomenon. If all the known assets are added up and deficits subtracted they should equal each other. They don’t. Earth he suggests is perpetually indebted to Mars, or perhaps some people are hiding their financial assets. Here I must hold my hands up and claim ownership of one or two Swiss bank accounts, but some folk have called me worse things that a Martian. Think of the French term Belle Époque era, which the Oxford English dictionary literally defines as a ‘fine period’ prior to the First World War. Today we could ask the question, a fine period for whom? Then it was taken for granted, the natural order of things as the rich man in his castle; the rich man in his first class compartment; the rich man in his public school; the rich man in his separate waiting room for new-fangled train technology. And the poor man? Again we find the parallels.  Servants, workers and surplus to needs. Good governance meant keeping them in line and wealth flowing to the gilded one-percent.

Piketty states this bluntly, ‘a drift towards oligarchy’. Here he states is politely.  ‘The experience of France in the Belle Époque [mirrored by other major European nations] proves, if proof were needed, that no hypocrisy is too great when economic and financial elites are obliged to defend their interests.’ There is no need to simplify the story-line. It is one we have all become too familiar with. The rich are rich because they are the wealth generators and their largesse will trickle down to the rest of us. Piketty shows wealth does not trickle down, but flows at increasing speed upward, from the poor to rich. Upward mobility, for the middle class in particular, is the first causality, more an aspiration than reality. Two-thirds of the population nowadays can expect their children to do less well than they have done.

Imagine Colin Walsh, chairman of CBI, addressing his members as Irving Fisher, president of the American Economic Association did after the First World War. The fact that ‘ “2% of the population owns more than 50% of the wealth…two-thirds owns almost nothing” struck him as  “an undemocratic distribution of wealth,” which threatened the very foundations of US society’. His solution was an increase in tax on the largest estates. Thatcher and Reagan’s solution was to lessen the burden on the few and increase the burden on the many with predictable results.

Colin Walsh’s members as wealth generators do the right thing. They vote to increase their annual rates of pay –because they deserve it. Let’s call this the collective placebo effect. They say if you don’t give us what we ask the economy won’t get better. Piketty shows that the US and UK economies performed no better in term of productivity and profit than their counterparts and often they performed worse. Economic growth was highest in the thirty years after The Second World War when executive pay was effectively pegged by a tax rate that extended from its highest point in Germany, 1947-49 to 90%, but for other modern countries varied from 50% to 70%, the UK being one of the higher bands.

The shibboleth that it is the laws of supply and demand that determine the going rate of executive pay and if the Anglo-Saxon or American manager is not paid it he will decant to countries such as Mexico or Canada is a more successful storyline than Larry Hagman’s Dallas. Piketty dismisses it as ‘devoid of common sense’. What is clear is a privileged cohort has supercharged their self-worth, the cost of which is paid for by the 99% of the population that do not have the same resources to advertise their nascent skills.

The Belle Époque for the common working man in which many of the social institutions we now take for granted were established in the thirty-years after The Second World War. Those days are gone my friend. Piketty urges ‘citizens should take a serious interest in money, the facts surrounding it, and its history’. The facts are quite simple here in the UK. A small elite group have political and economic power and are taking every opportunity to defend their interests, enrich themselves and their cronies, by impoverishing those least able to resist and claim we’re ‘all in it together’. The more things change, the more things remain the same.